Support the creation of a vibrant, mixed use district along the west side of Interstate 65, between SR 39 and Hall Baker Road, which includes an extension of Enterprise Boulevard.

The interstate 65 corridor, and specifically the area between the SR 39 and Hall Baker Road interchanges, represents a prime opportunity to realize job creation and development goals of the City.

This area includes the former Holiday Inn site on the east side of S Lebanon St/SR 39 and continues to the south and east, and was included in the larger City of Lebanon Interchange Land Use Plan. While that plan covers a greater area to the south and east, much of the desired vision remains applicable. This includes “quality growth along the I-65 and SR 39 corridors that expands the City of Lebanon and Boone County’s economic foundation and job base with a diverse mix of high-quality commercial, professional office, retail, light industrial, high-tech, flex office and industrial businesses, and residential uses that support the continued enhancement of Lebanon’s existing and desired quality of life while maximizing its unique location in central Indiana” (City of Lebanon Interchange Land Use Plan, 2014). 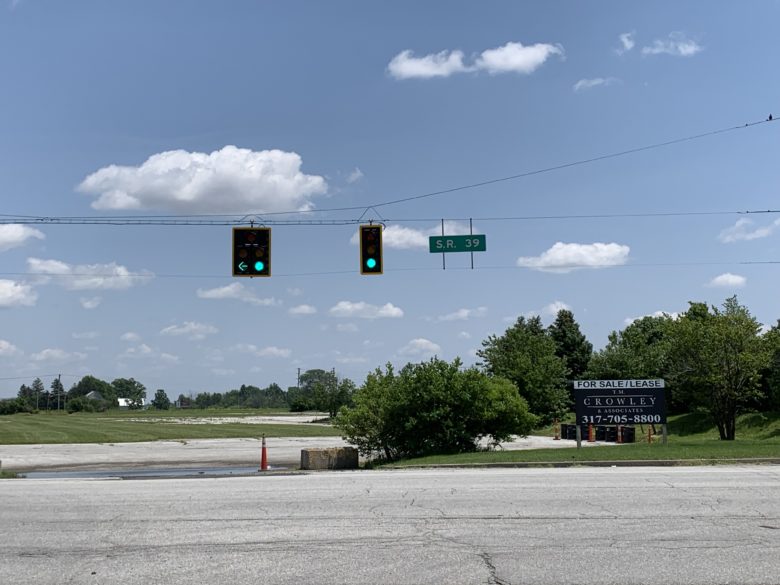 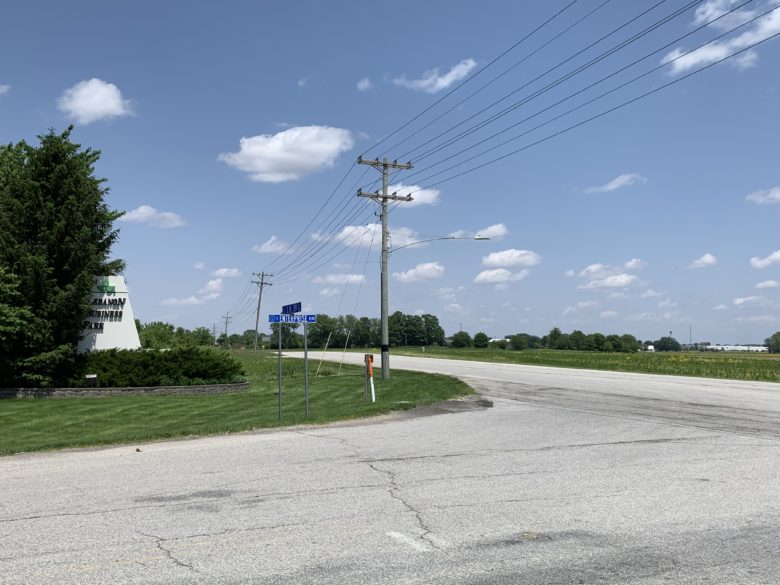 Enterprise Drive is proposed to extend east, past its current terminus at State Road 39.

As opposed to the large footprint industrial tenants of the Lebanon Business Park, this area is envisioned to be a mixture of office, destination commercial, and office-flex development.  The area benefits from interstate access and visibility and would be organized around the extension of Enterprise Boulevard. Destination commercial uses may include entertainment and amusement attractions as well as destination retail uses that serve a large region.  Generally, customers will plan a special trip to such uses and the overall concept is the experience as opposed to shopping for a particular good.  Office-flex uses are employment generators that may include traditional office space combined with research and development, retail product sales and display, light industry, and small-scale warehousing.  For the most part, destination commercial uses should be located along the interstate while the office-flex uses should be south of the extended Enterprise Boulevard.  Supporting commercial uses such as restaurants, hospitality businesses, and professional services should also be promoted. In all cases, high quality architecture and site design, attractive landscaping, and open space amenities should be included with new development. 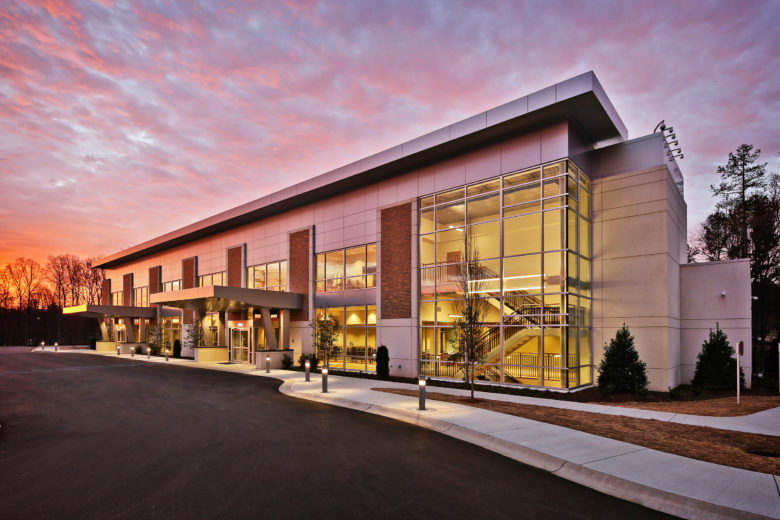 High quality office and tech-flex buildings are recommended east of SR 39 and west of I-65. 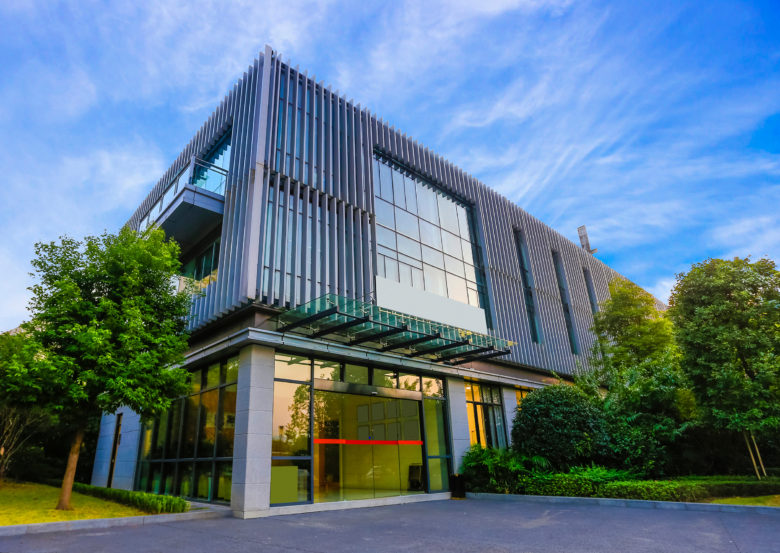 Another precedent example of a quality office or research and development building.

By promoting a mixed use district and planning for multiple land uses, the area is able to combine employment generators in close proximity to new housing products, retail destinations, and community recreation amenities. Benefits of such compact mixed use development include:

Currently, the western half of this area is within the Planned Business Commercial (PBC) zoning district. The eastern half is within the Single-family Residential (SF) district. Zoning changes will be needed to fully realize the mixed use vision of the area. This could occur through the creation of a new mixed use district(s) within the City’s Unified Development Ordinance, that could then be applied to these parcels through a zoning map amendment. Alternatively, the area could be rezoned to the Planned Unit Development (PUD) district. The PUD district is intended to allow for greater flexibility in the development of land, including mixed uses and mixed densities. When creating a PUD district, a concept plan and ordinance text are created for the specifically defined property.

Access to the mostly large agriculture parcels is provided by SR 39, John Shaw Road, and Hall Baker Road. East/west connectivity through the area is limited. As such, an extension of Enterprise Boulevard is recommended to improve connectivity and access as the larger agriculture parcels are subdivided for development. Improvements will be needed to existing roadways such as John Shaw Road and Tyre Road, and new collector and local roadways will also be constructed. 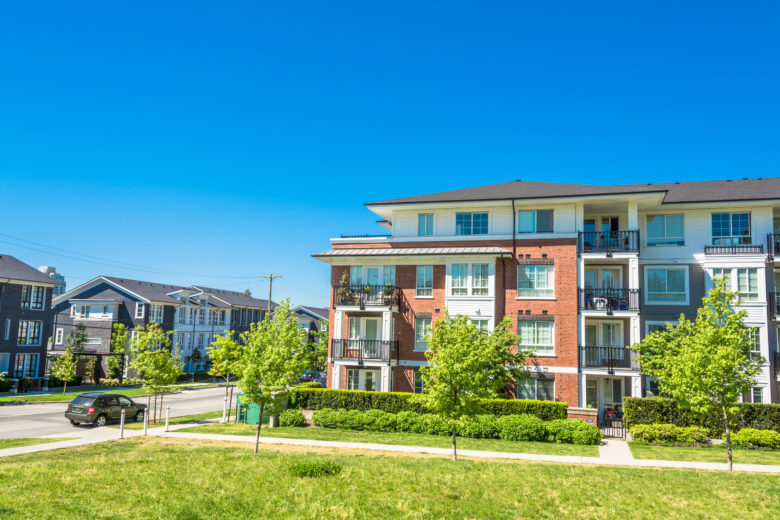 An example of quality multi-family apartments that could be a component of the mixed use development recommended for the SR 39/I-65/Hall Baker Road area. 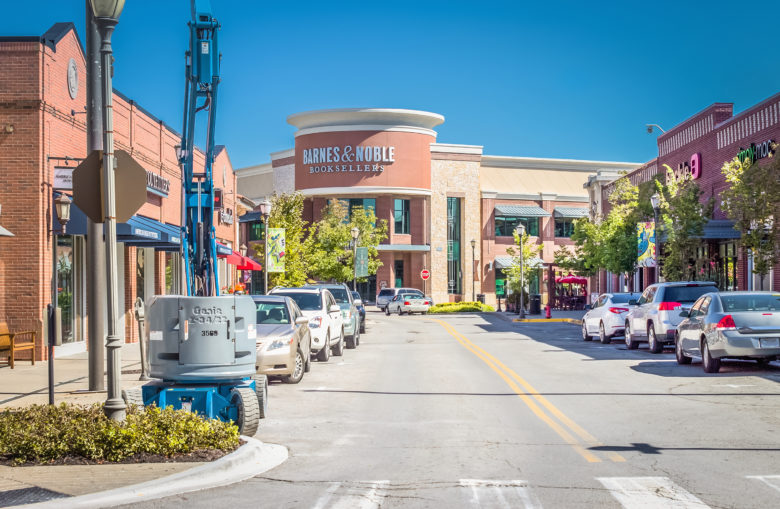 Destination commercial development is recommended for the area closest to I-65 and the SR 39 interchange.

Some, but not all, of this area is currently served by municipal services, including sewer and water. The Enterprise Boulevard right-of-way should include new utility extensions including a water main to serve the area. Sanitary service will require a new lift station and additional mains along major roadways. Stormwater management should be planned regionally in coordination with the City’s regional detention plan. A major detention pond is proposed to serve this area. It would be located east of SR 39 and north of Tyre Road, but an exact size and location has yet to be determined. By accommodating stormwater management at the district level, individual sites don’t have to dedicate significant space to detention, ultimately leading to a more compact urban form.  Additionally, the regional stormwater detention pond can become a community recreation amenity.

The area is bisected by two natural gas pipelines, one running diagonally from the intersection of Enterprise Boulevard and SR 239 to the intersection of Tyre Road and John Shaw Road.  The other is oriented east/west, south of Tyre Road, before turning north/south approximately 700 feet east side of John Shaw Road.  While the pipelines and their respective easements present a constraint to development and must be planned around accordingly, they could be used for trail corridors.

Creation of a mixed use development area along Interstate 65 between SR 39 and Hall Baker Road will result in: