Continue to promote an active, walkable downtown full of diverse uses through infill and redevelopment of key sites.

Downtown Lebanon is experiencing a resurgence as new businesses, shops, and restaurants occupy what had been vacant or underutilized buildings. As more residents recognize the value and appeal of a vibrant and pedestrian-friendly district, the courthouse square and broader downtown area should continue to see new investment.

Historically, downtown Lebanon was the economic driver of the community, home to a number of offices and shops.  Now, most employers, with the exception of county government and financial institutions, and many shopping destinations are elsewhere in the City, and downtown is transitioning into an arts, culture, and entertainment destination. Fully realizing this walkable, arts and entertainment district can help attract and retain families and talented professionals, as well as the companies looking to hire them. 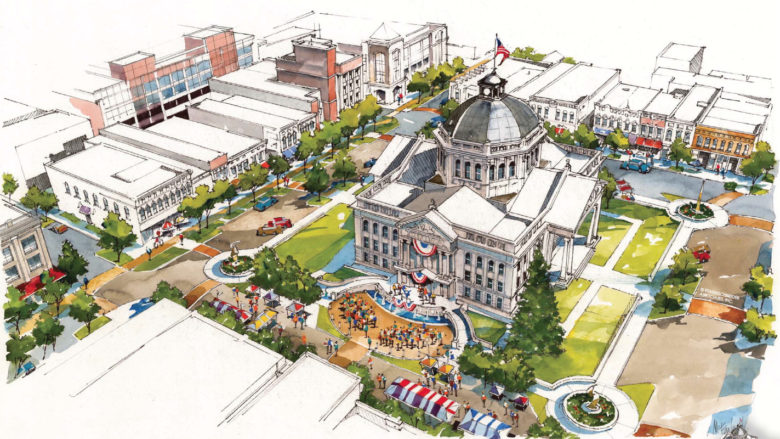 A rendering of proposed improvements included in the 2017 Downtown Action Plan. Streetscape enhancements were being constructed around the Courthouse Square during the comprehensive planning process. Credit: Remenschneider Associates, Inc. 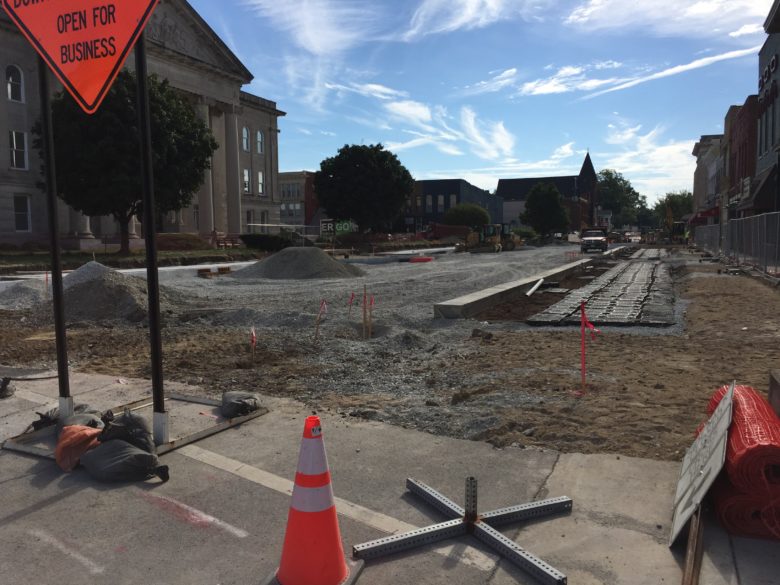 A view of the Main Street streetscape under construction during the comprehensive planning process.

The City’s commitment to the downtown area is evident with all the recent investments made on and around the square, including the extension of the Big 4 trail from the west side of the City into downtown. Lebanon should continue to implement the recommendations of the 2017 Downtown Action Plan as resources become available. This includes additional roadway and streetscape improvements to: 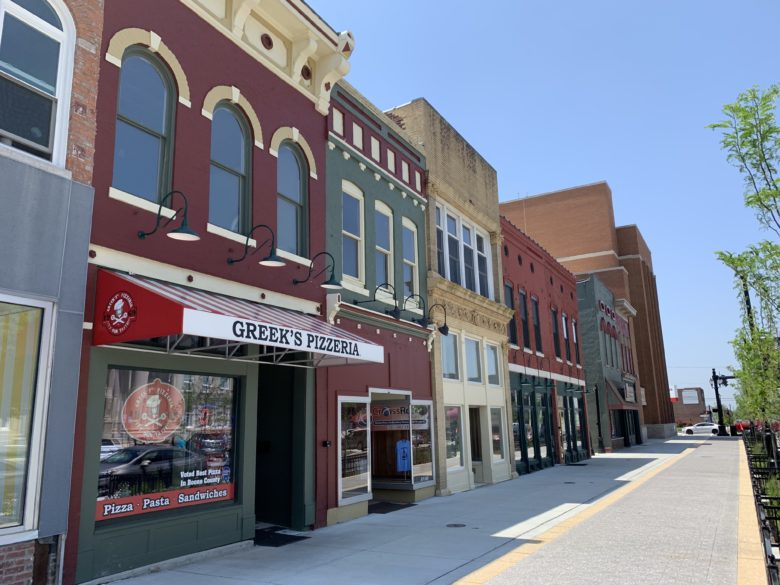 A view of the new Main Street streetscape and Big 4 Trail extension. 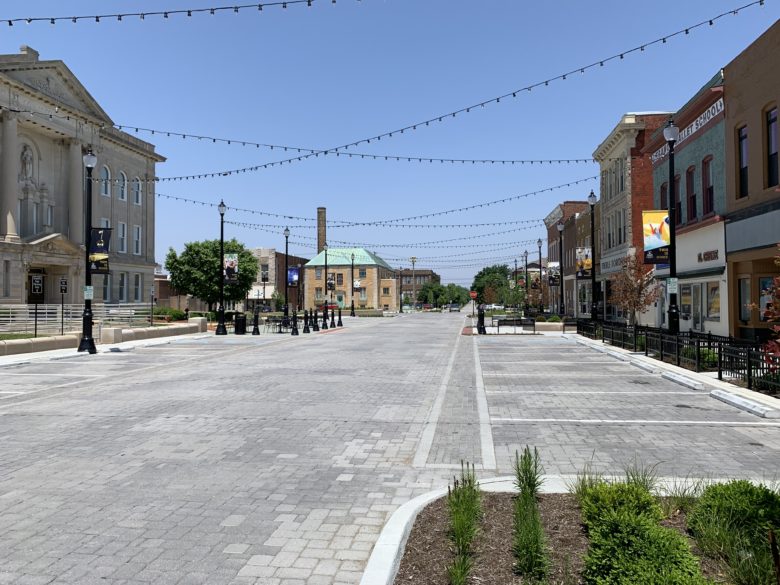 A view of recent improvements to N Meridian Street, just east of the Boone County Courthouse.

The Downtown Action Plan identified six key redevelopment sites. Five of these sites include existing structures; the sixth site is the surface parking lot on the southwest corner of Main and Lebanon streets. The catalyst building sites include:

These buildings and sites were selected because of their potential to generate additional private investment, preserve historic assets, and improve the appearance of downtown streetscapes. More details about the potential of each site or structure can be found in the Downtown Action Plan.  As these properties are revitalized, more sites should be evaluated and added to the key property list. 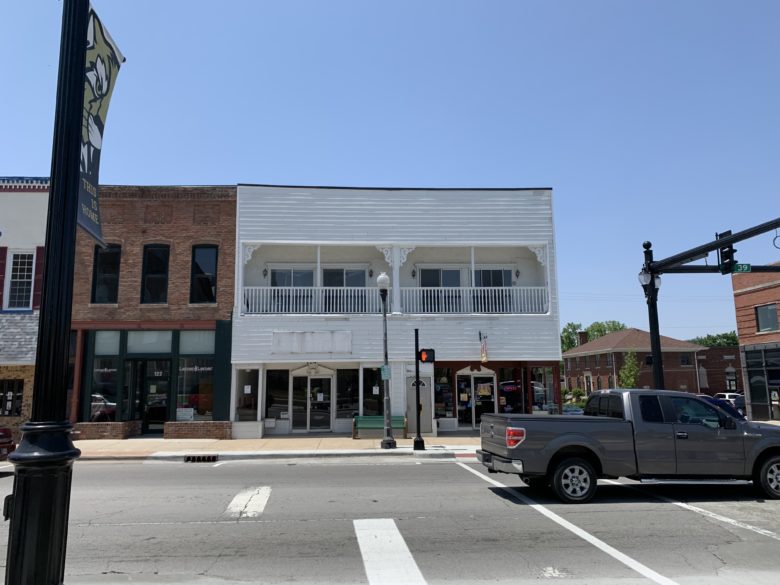 The buildings at the southwest corner of W Washington Street and N Lebanon Street were identified as a potential catalyst project to promote additional downtown investment.

Another important component to better activating the downtown is to increase the number of people living downtown in lofts and apartments. This will not only fill the underutilized upper-story floors of many buildings, it will also create around-the-clock customers for downtown restaurants, shops and services. It is important to remove potential roadblocks to residential development in the downtown, in addition to creating incentives to speed up revitalization efforts, entice new developers, and create permanent downtown residents.  While many residential uses are permitted in the Central Business (CB) district, parking minimums and other development standards may be limiting the construction of or conversion to new dwelling units. Potential development incentives could include reduced permitting or utility connection fees, a revolving loan fund to assist property owners in building out upper-story apartments, or using TIF funds for parking or stormwater improvements that benefit the district.