Assist with the creation of neighborhood groups, and support residential infill, rehabilitation, and beautification efforts to enhance all of Lebanon’s neighborhoods.

How people answer the question “Where do you live?” can say a great deal about their neighborhood.

Residents of vibrant locales will often describe themselves as residing in a specific neighborhood or subdivision rather than the city as a whole, while those who live in places with less character may either default to a larger geography as their place of residence or near a specific intersection if there is no discernable neighborhood. 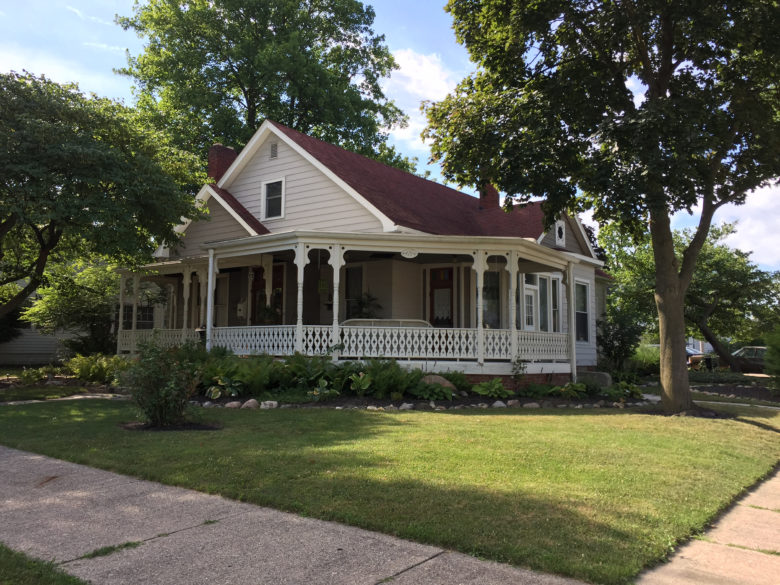 An exemplary home near the downtown area. 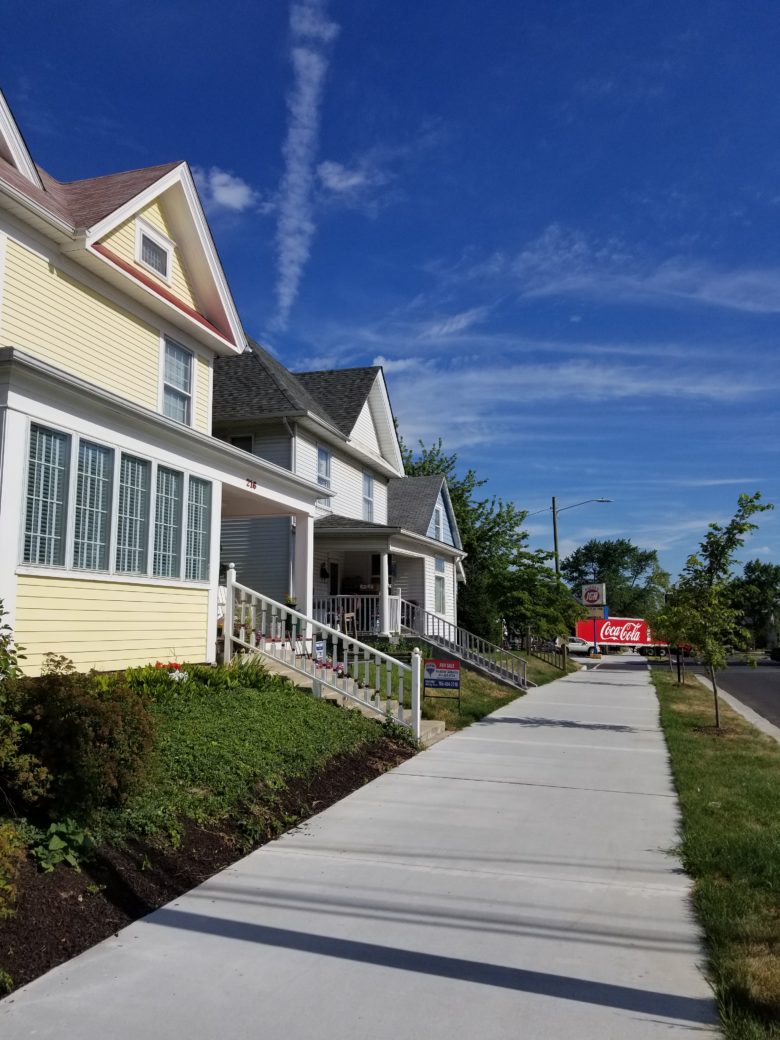 Once the neighborhood groups are established, a neighborhood liaison program can be created to make a stronger connection between residents and local government. Program goals vary from community to community, but liaison responsibilities may include:

One such program, the City of Philadelphia’s Philly 311 Neighborhood Liaison program, was created to centralize concerns and issues of the community by creating an account for each neighborhood to get action taken. The liaison records items discussed during community meetings such as streetlight repair, missed rubbish, vacant lots, abandoned vehicles, etc. and contacts Philly 311 for action and answers.

In addition to facilitating the creation of neighborhood groups, the City must also continue efforts to strengthen and beautify existing neighborhoods.  One way to accomplish this is through promoting and incentivizing infill on vacant lots and rehabilitation of outdated or unkept housing stock. Residential infill refers to the construction of new homes on vacant lots in existing City neighborhoods.  Occasionally these lots were never built on, but more frequently they result from demolition of a damaged or poorly maintained structure. Infill activity presents an opportunity to improve the fabric of existing neighborhoods while creating housing units for new residents. It is important that infill development reflect the context and scale of the existing neighborhood. This does not mean replicating structures that are already there, but how new development can respond to the basic patterns and valued aspects of the neighborhood.

Residential infill development can be challenging because of the scattered nature and potentially low number of lots, outdated infrastructure, or increased construction costs.  In instances where a house was demolished and the site leveled and planted with a lawn, there are frequently large portions of the old foundation and utility connections just underground.  Additionally, average home size has increased significantly since many of these lots were first platted.  Housing options in line with current market preferences may not be able to fit on these lots while also meeting all the development standards present in the Unified Development Ordinance. Yet another challenge is that home buyers who may be willing to take on a significant rehabilitation project can’t navigate the more complex lending requirements for the necessary loans. 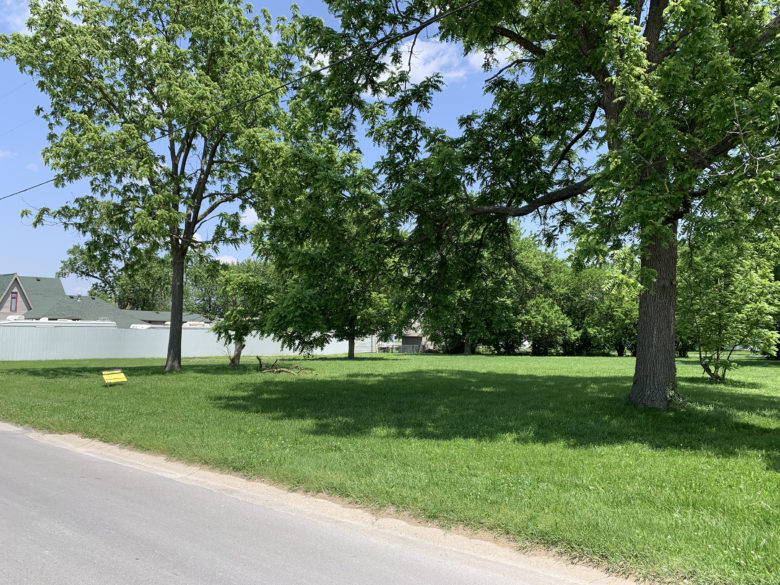 Construction of new houses on vacant lots helps to fill voids in the neighborhood and adds to the City’s tax base without having to expand municipal infrastructure and services.

City incentives and programs could be used to help offset some of these challenges. The City could establish a revolving loan fund similar to what is frequently used to fund small business expansion and development, to help with gap financing or to meet the additional down payment requirements of a construction or construction-to-permanent loan.  A home repair grant or low-interest loan program, similar to the downtown façade improvement program but available to owner-occupied housing, could be created. The Indiana Housing & Community Development Authority (IHCDA) has an owner-occupied rehabilitation program funded with Community Development Block Grant (CDBG) funds. IHCDA does not fund owners directly; the grants of up to $25,000 per home must be administered through the local government or a not-for-profit organization. The City should consider applying to IHCDA for the owner-occupied rehabilitation program. Another residential infill incentive would be to reduce permitting or utility connection fees for these lots.  This would best be accomplished with a City Council approved ordinance that establishes clear criteria, which fees may be reduced, and how much. 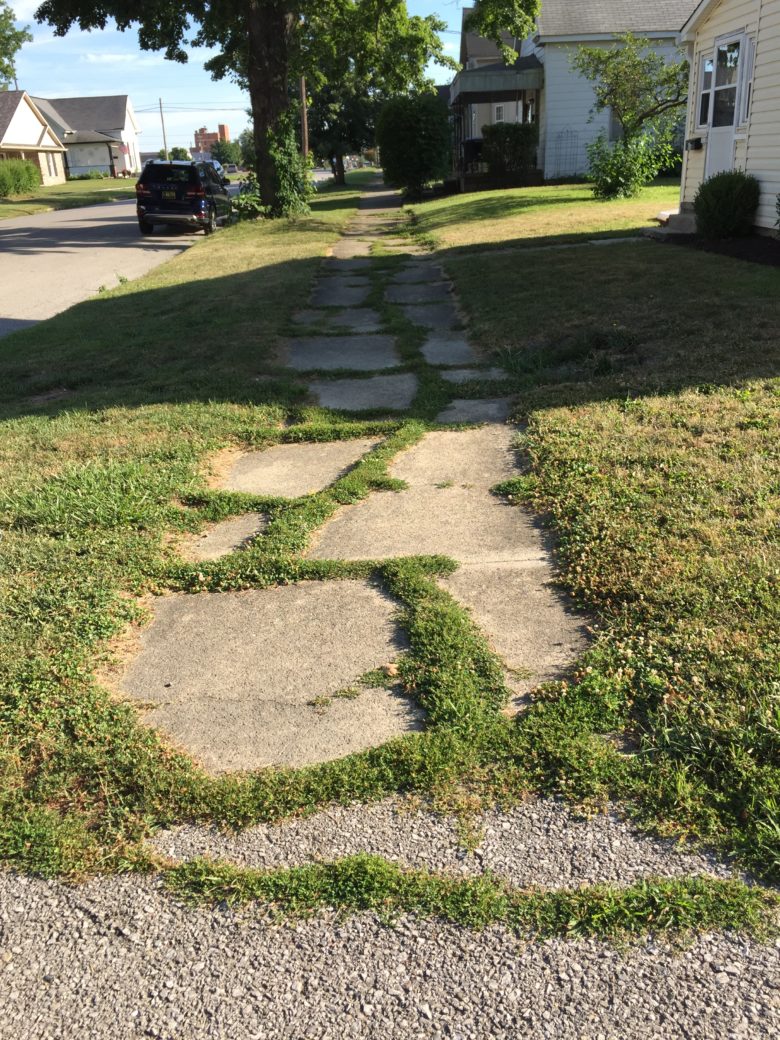 Deteriorating infrastructure is a significant concern in some of the City’s older neighborhoods.

These areas were identified given their current use, character, demographic statistics, and importance in providing residential variety and affordability to the community. The city should work with proposed investors or developers, as one potential solution, to identify properties within the targeted areas that have reinvestment potential.  For each investment opportunity, the City should evaluate the condition of public infrastructure that supports the area and determine where deficiencies are present.  In partnership with the investor or developer, the city could replace sidewalks and curbs as needed, resurface the road, and repair alleys if present. Other infrastructure deficiencies, such as outdated sewer and water lines, could also be addressed.  Once the infrastructure work is completed and the new curbs and sidewalks installed, installation of street trees could be used to help beautify the blocks.

Unsafe or problem houses could be acquired by the City and demolished, preparing the lot to then be sold for new construction. There may be buyers willing to design and build a new house but don’t want the burden of demolition or the cost of the tax lien on some of these properties. Collectively, these improvements would exhibit the City’s commitment to existing residents to hopefully encourage them to invest in their properties, as well as to potential homebuilders to invest in neighborhoods they may otherwise pass over.  Once the targeted investment opportunity has been revitalized, private sector investment should spill over to neighboring blocks and the City can then target a new area. 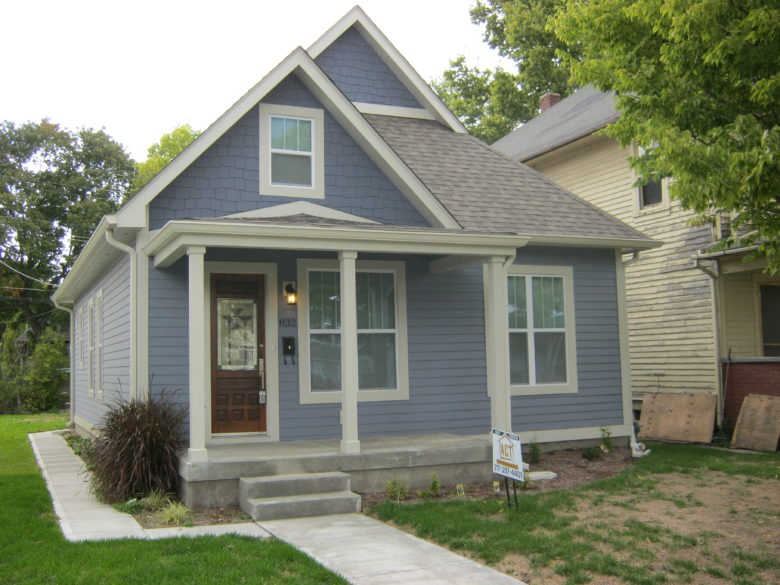 An example of compatible new construction in a historic neighborhood in Indianapolis, IN.

In addition to the focus blocks, the City also recognizes the need for a broader housing initiative within each neighborhood investment area. Lebanon is committed to improving the quality of life for all residents. As a part of that commitment, the City supports the development of safe, quality for-sale and rental units for a variety of income levels and age groups. This includes residential units at all price points that may be in the form of single-family and duplex homes for sale as well as rental multi-family apartments and mixed use developments. In some instances, infill and redevelopment of former commercial or industrial properties can be an opportunity to create additional housing units for multiple income levels. Specifically, the City supports housing that:

Maintaining quality neighborhoods and creating a place where people want to live is the best way to grow businesses and employment and attract new restaurant and retail offerings. Specifically, enhancing Lebanon’s neighborhoods will:

Assist with the creation of neighborhood groups, and support residential infill, rehabilitation, and beautification efforts to enhance all of Lebanon’s neighborhoods. Resources